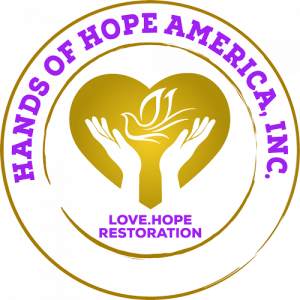 We are a tax-exempt nonprofit organization under section 501(c)(3) of the Internal Revenue Code.

Hands of Hope America is proud to be part of Central Florida’s Four Corners community, serving Lake, Polk, Osceola, and Orange counties. We are a tax-exempt non-profit organization, under section 501(c)(3) of the Internal Revenue Code.

Here are some answers to Frequently Asked Questions we often get. 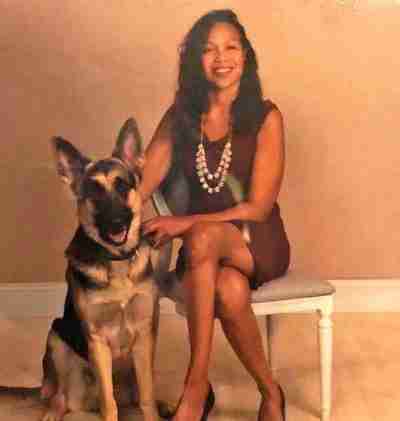 I was raised by single mom that worked in one of America’s roughest and ruthless jail systems as a Corrections Officer. I lived in an impoverished community in New York City, and life as a poor minority was not easy. My childhood was filled with emotional and psychological struggles due to rejection and trauma from sexual abuse. I became an at-risk youth at 13 years old when I became rebellious, disrespectful toward my mom, truant in school, used drugs and associated with gangs. Eventually, I dropped out of high school in the 9th grade and roamed the streets of New York City until I was 17 years old. Through attempts to intervene, there were many who tried to speak to me and give advice, but I refused to listen. At that point in my life, I was blessed to meet Mr. Ralph Greenburg, a coworker and friend to my mother. This man sat down with me to provide advice, counsel, and explain the dangers of my own actions, and there was something in his words that resonated with me. I began to redirect my life from a lost at-risk teenage girl into a strong woman of faith in the Lord, to a successful leader, mentor, and valued member of my community.

Since then, I have obtained my GED, served 8 years in the United States Army, worked with children and adults with disabilities, became a Certified Nursing Assistant helping veterans and the geriatric population, and mentor at-risk youth in the local community. I obtained my Associates Degree in General Studies at Valencia College and am currently in my fourth year of college aiming to obtain my Bachelor’s Degree in Social Work Practices. My goal is to obtain my Master’s Degree in Clinical Counseling for individuals and families struggling with depression, anxiety, bipolar, self-worth, identity, suicide, and other social or mental health issues. During my collegiate career, I accessed invaluable experiences and knowledge, and I want to see more of this type of growth in Central Florida and allow youths to be exposed to the same opportunities that have been given to me.

There is a great population of crime, social and economic issues in many of Central Florida’s neighborhoods. Many minority youths are incarcerated or victims of the city’s senseless violence and lack of opportunities. With my own personal encounter with life’s unfortunate circumstances and understanding the importance of education, it is the mission of Hands of Hope America to take part in this goal and strive for change. After years of contemplation and having the goal of launching a non-profit organization benefiting my community, Hands of Hope America was founded in November 2019. The organization is a fully formed 501(C)(3) with great support from my community, family and friends. 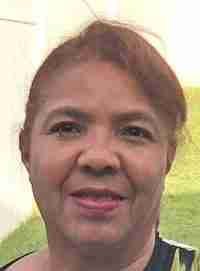 I am Maritza Garcia, mother of three children, and one of the Board of Directors of Hands of Hope AmericaI Inc. I was born in Puerto Rico; My family moved to NYC when I was four years old. I attended NYC Technical College, where I studied accounting/Business Administration where I earned a 2-year degree. I retired as a Correction Officer after 20 years in one of the worst prison systems in NYC, Rikers Island. During my twenty years as a Correction Officer, I worked with inmates in different capacities, courts, lawyers, judges, and different law enforcement agencies.

One of my assignments was working with the Institute of Inner Development program for inmates. Such programs involved emotional support counseling for past traumas that led them to incarceration, self-empowerment, and coping skills. In essence, inmates received rehabilitation strategies to become productive members of society.

As a Law Enforcement Officer, I have witnessed the good, the bad, the ugly, the guilty, and the innocent within the criminal justice system. The majority of the population I worked with were victims of life’s circumstances. On the other hand, some were cold-hearted criminals. Many of the young adults came from broken

families, the foster care system, homelessness, drugs, and victims of physical, sexual, and emotional abuse. Consequently, looking for acceptance, self-worth, and identity became the norm. Ultimately, becoming a product of their environment, engaging in gang activities, and hanging out with the wrong crowd.

The criminal justice system is not designed or prepared to handle the issues of mental illness and rehabilitation. Some young adults realized their mistakes, had regrets, learned their lesson, and after release, became valuable members of society. To others, the system became a revolving door. Those whom the prison system became their home, lacked a support system in the outside world. Therefore, repeating acts and behaviors in which caused the infractions that led them to incarceration. I am very familiar with and understand what is to deal with domestic violence, homelessness, depression and battered women syndrome, since I was once a victim of these things.

Furthermore, as one of the directors of Hands of Hope America, my goal is to equip, empower, and restore at-risk youth, broken families, and the homeless population to become a better version of themselves. My experience as an Officer, a mother, and a valued member in my community has given me the knowledge and understanding to see the need of the people in the Four Corners of Central Florida. I desire to put my hands to the plow and use my career experiences to strive for change.

My name is Bolivar Tellado Jr., I’m originally from New York City and have been living in and involved in the community of Four Corners, FL for about 10 years now. As a Realtor and a local small business owner, I tend to take the hands on approach in our community. Being a veteran of the US Air Force, I bring those qualities of Integrity First, Service Before Self, and Excellence in All We Do into our vision here at Hands of Hope America. As an adolescent, I was caught up with being respected and known rather than walking towards the right path faithfully and righteously. This caused me to have run ins with law enforcement, hang with the wrong crowds, become involved with street activity and was almost paralyzed from the waist down from a gunshot wound as a teenager. Through faith and my service in the US Air Force I was able to turn my life around and am now able to give back to communities where I once may have seen myself struggling to be accepted in.

We, here at Hands of Hope America, strive to be a guidepost for all of those affected by struggles and hard times and offer a helping hand while lifting each other up positively as a community. Throughout the years of my life, I’ve witnessed both the pitfalls of adversity and the resilience of hope. You are not alone!

Help us in building up our community and join us in celebrating and spreading life , hope and happiness amongst one another.

View Calendar
NEW CLIENTS:
Please click the button below and fill in the Client Intake Form, before you visit us, to expedite the process of receiving your service.
New Client Intake Form
Page load link
Go to Top